Alex Gervash Pilot. Psychologist and fear of flying specialist.
+1 (585) 438 0093
Having doubts?
Leave your phone number and we’ll call you back
Leave your question below and we’ll get back to you 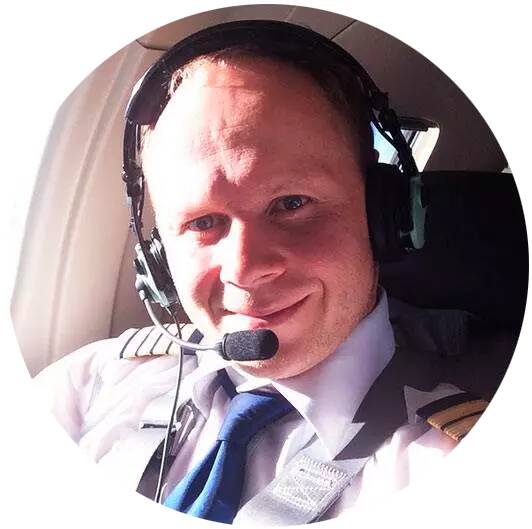 Alex is one of just 150 specialists in the world in the field of fear of flying. He is a professional pilot with US and EU licenses, as well as a psychologist (graduate of Jerusalem University), and has been studying fear of flying since 2008. During this time Alex has already helped over 9000 people from more than 20 countries to overcome it.

Many of our programs’ graduates had been terrified to get onboard for years before they met Alex. Besides fear of flying, Alex’s professional competencies also cover - panic attacks, claustrophobia, and perfectionism. He makes a special emphasis on child psychology and the prevention of anxiously suspicious personality type development.

Alex Gervash - author of several books on fear of flying, founder of unique fear of flying treatment programs, and the creator of mobile apps to help people who suffer from fear and panic disorders. He’s also been featured on multiple tv- and radio programs.

You have the problem, we have the solution
Take an assessment Take fear of flying assessment and receive personal recommendations
Our programs Choose an optimal program yourself
Call back Leave your contact details and we’ll call you back as soon as possible.
Course selection master